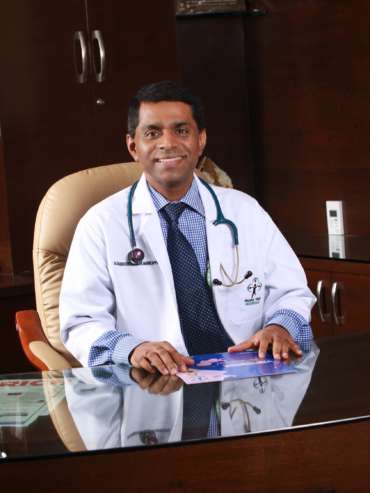 An expert Orthopedic Surgeon, Dr Chandrasekar Chikkamuniyappa specializes in cutting edge joint replacement surgeries including computer assisted and minimally invasive hip and knee surgeries.  He has to his credit, The Adult Reconstructive Fellowship from the Ranawat Orthopedic Center at the Hospital for Special Surgery, New York USA. He also runs a Joint replacement Fellowship for young Orthopedic Surgeons at PEOPLE TREE Hospitals. His interest in adult reconstruction had earlier led him to The United Kingdom, where he spent 4 years at a University Hospital in London, crafting his skills in complex adult reconstruction of the hip and knee.

Dr Chandrasekar Chikkamuniyappa is the Soul & Brain behind the idea and concept of PEOPLE TREE Hospitals.  Inspiring people to take on the plausibly impossible journey to Touch, Move & Inspire a billion People, he has led from the front,  co-creating PEOPLE TREE Hospitals to fulfill its infinite vision and providing a platform for all the doctors, nurses and staff to excel in their fields & express their potential. He is also instrumental in creating Musculo-Skeletal Research Institute of excellence. After returning from UK in 2007, he was instrumental in building a successful Orthopedic Department at a reputed Hospital in Bangalore. He also rebuilt the Orthopaedic Department in another corporate Hospital and created the Institute of Orthopaedics in 2012.

In 2008 as the Secretary of the Bangalore Orthopedic Society and later as an active member of Karnataka Orthopaedic Association, he is involved in organizing and conducting many educational programs both for the Public and Professionals.

Dr Chandrasekar Chikkamuniyappa was one the first to fly for the on-site relief during Major Earthquake in Gujarat, India, 26th Jan 2001. He led the team doing, planning, triage, resuscitation and surgeries.

A Recipient of National Merit Scholarship and others right through his education, Dr Chandrasekar Chikkamuniyappa did both his Under Graduation and Post-Graduation from Bangalore Medical College.

Dr Chandrasekar Chikkamuniyappa was instrumental in starting the PEOPLE TREE Foundation, the charitable wing of PEOPLE TREE Hospitals. Through this foundation his team is able to conduct over 300 complex surgeries for free and are continuously engaged in conducting many free health camps and Health education events & initiatives.

some facts about me

One of the most important factors about people’s lives is the information of, the use of, and the growing knowledge of medicine. Medicine is a form of an art. It depends on how skillfully doctors apply their knowledge when dealing with patients.

Why People Choose Me

when quality matters to you

take a look at certificates 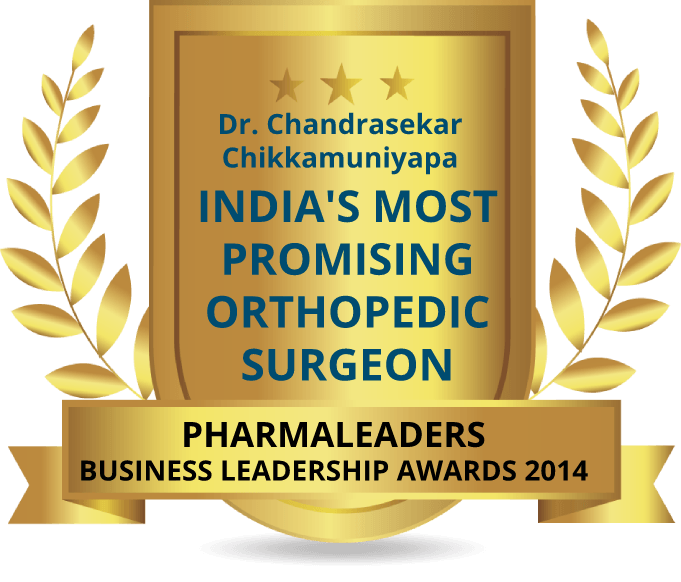 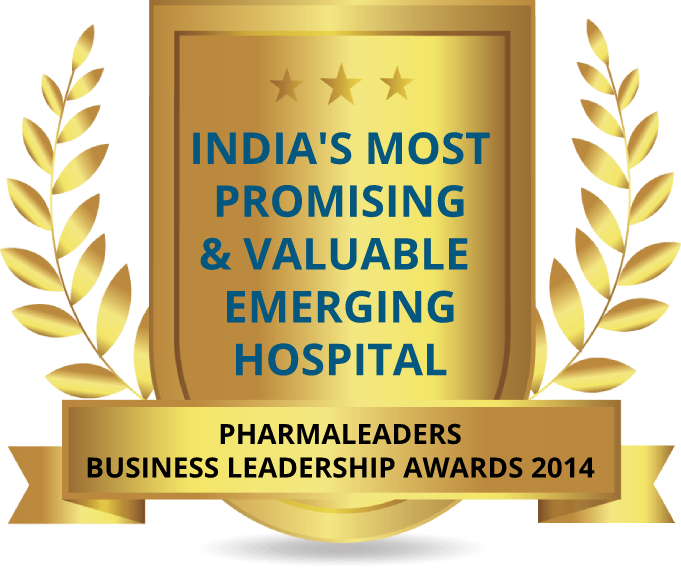 What is OSTEOARTHRITIS ? – Dr Chandrasekar Chikkamuniyappa